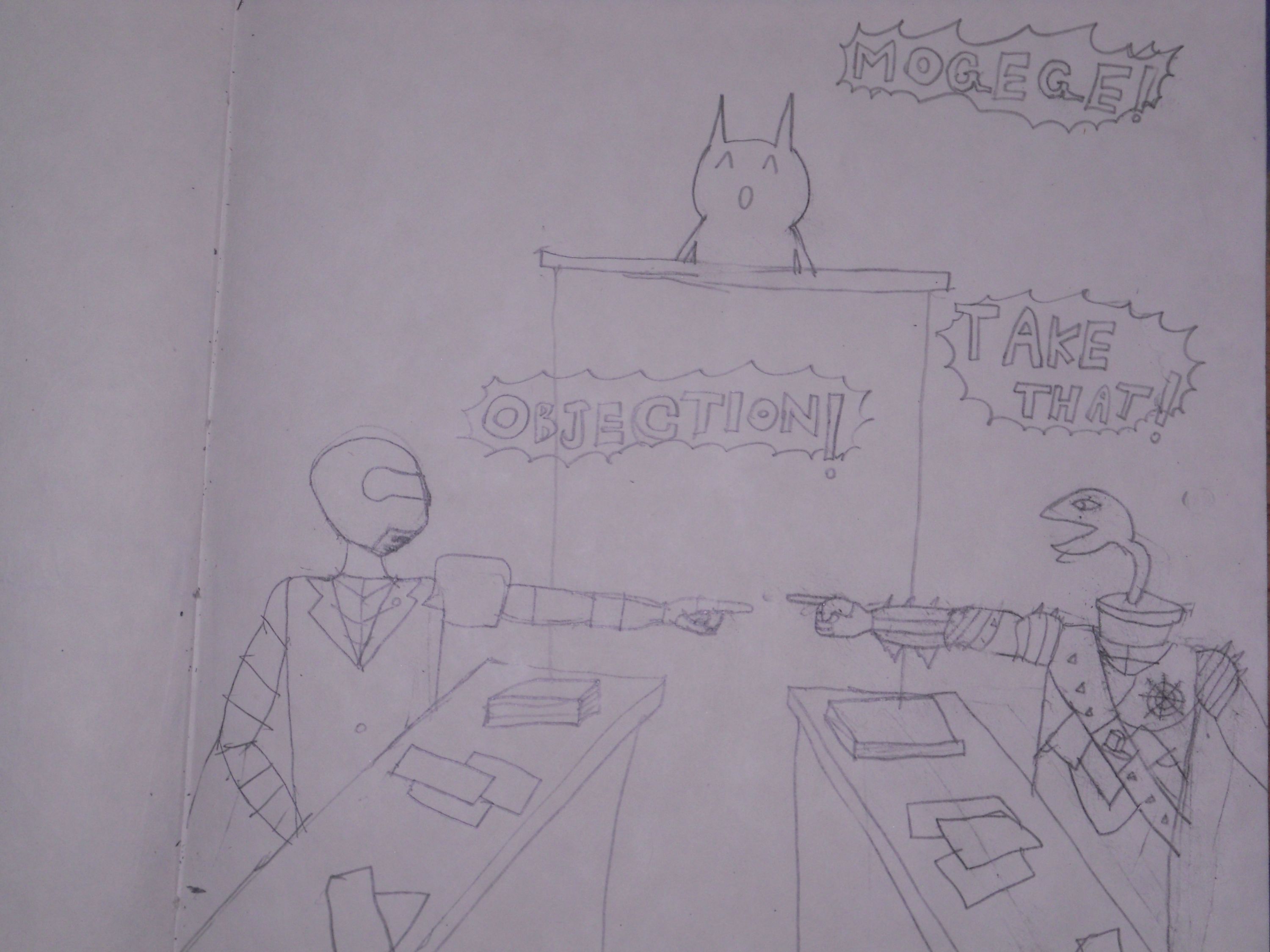 WARNING! THIS POST CONTAINS SPOILERS FOR MOGEKO CASTLE AND MAY BE IN APPROPRIATE FOR THOSE UNDER 18. READ AT YOUR OWN RISK!

Recently, Frostyflytrap posted his theory on Mogeko Castle. Personally, I'm glad he did this. As far as I know, my old theory, Frosty's theory and this one are the only good Mogeko castle theories on the internet at this point in time. This is sorta a response post to his theory, which is actually really awesome. The reason I'm doing this is because he brought up a lot of things that I didn't even think about when writing my first theory and I think I can come up with a better one taking this new evidence into consideration. I highly recommend you go read his theory and play the game before reading this as it won't make any sense otherwise because I will reference his theory quite frequently.


First of all, Frosty suggested that it seems strange for King mogeko to be taking care of Yonaka at the beginning and ending of the game if my original theory is to be believed. He IS right here. But it can be explained quite easily. What if King mogeko isn't a fellow mental patient like I suggested in my original post. What if he was actually the doctor or (more likely) a male attendant who is tasked with taking care of the patients? He is a bad guy and taking advantage of Yonaka's sickness, rapes her. But this is just something I stated to clear up some confusion. This isn't where I'm goin with this new theory.

My real theory revolves around something Frosty said. He suggests that Mogeko Castle represents the internet itself. He showed various similarities between the two. Starting from the Mona and Giko cats to the realtion between Hay Fever and loss of internet connection, there are tons of things that point to this direction. So I agree with him here.

But I personally think that the Mogeko's trying to rape her has more meaning behind it than just survival. See, the whole game essentially is about not getting raped. Also, in the bonus room, it is stated that Mogekos hatch from eggs that are barfed from the mouth. This leads me to believe that Mogekos don't need human for their survival. So why would Mogekos all want to rape Yonaka?

Well, if we consider the true end as real and all others as non-cannon, Yonaka never actually gets raped, does she? Then there is the hospital where Yonaka and Nega-Mogeko go to get weapons. I think this hospital itself has some significance. It is quite clear that Yonaka hates hospitals but it's never clearly stated why. Frosty thinks that King mogeko is a representation of Yonaka's trauma that always haunts her. This does make sense but then, something else doesn't. In the last few areas in the game, Yonaka does something that scares King mogeko into tears. He doesn't even give chase when Yonaka runs. So her trauma left and the returned? PTSD doesn't work like that. There was also one final detail that completely slipped my mind. "Proceed...On the path of falsehood"

So where exactly am I going with this? Well... Yonaka never actually gets raped in-game (unless you count Bad end 0), so what if Mogeko Castle symbolizes bullying and sexual harassment? It would make sense regardless of whether Mogeko Castle represents the internet or not. Here's what I think happened in Mogeko Castle's plot.

Yonaka was an average girl. She was most probably bullied and harassed at school or in the neighborhood. She had a very close relationship with her brother Shinya. I still think she was, at first living with her brother in the circumstances I mentioned in my first theory. Maybe the reason Shinya developed a split personality was out of immense mental stress or a traumatic experience that happened because of Yonaka's problems but it also may be something different. THAT is still unclear.

In my first theory I wrote a fan-fic on how Shinya started killing with animals and then tried to kill Yonaka. Well, what if Shinya tried to kill Yonaka from the get go? "Being afraid to die" and "Running away" can mean Yonaka was injured in a struggle with Shinya. She ran away to a hospital where her wounds were treated and her life saved. Her parents probably took her home from there. Yonaka didn't tell anyone how she was injured or made something up to explain that. By "running away" and "afraid to die" she could mean fighting back and refusing to go back to her brother even though she loved him and protected him indirectly. This would explain Yonaka's fear of hospitals.

In the end, when her brother came to her house and killed their parents, tried to kill Yonaka again and died at the hands of Yonaka, Yonaka, though happy for her brother, wanted to escape from the world. So she abandonned her real life for a virtual one on the internet. This is where Mogeko Castle and King mogeko come in.

If I am to believe Frosty's theory about Mogeko Castle being the internet, then the Mogeko's represent cyber bullies and guys that harass her. King mogeko is the power the virtual world of the internet has over Yonaka. No matter how much she wants to, she's too far lost in the virtual world to just snap back to reality. She's trapped now. This would explain the "Proceed... On the path of falsehood" near the ending. If Mogeko Castle is the internet, then the stuff I said about Yonaka being harassed and bullied by her classmates and/or neighborhood boys is to be rejected. The cause of Shinya's split personality is still a mystery. Maybe Shinya was actually born with this split personality but was able to control and hide it for a long time.

If you decide to reject the idea of Mogeko Castle being the internet, just change the word internet to drugs in the above passage and the theory still holds. Her classmates and/or neighborhood boys bullied and sexually harassed her. This may or may not have caused Shinya to go psycho and you know the rest.

So this was my theory on Mogeko Castle. I'd like to thank Frostyflytrap for letting me borrow bits and pieces of his theory.

Zulk-RS
Welcome to my new blog. You can contact me by email or check me out here: Facebook: https://www.facebook.com/profile.php?id=100004177514848 Youtube:https://www.youtube.com/channel/UCMRum7HtfR398x_mSfQmk0A Doomworld:https://www.doomworld.com/vb/members/Zulk-RS/